I live now in Kyiv, Ukraine where I work for an ngo. This consumes almost all of my time. Please be patient as I do not want to entirely neglect this blog.
Posted by Unknown at 18:19 1 comment:

There is no EU in Asia

Recently I got involved in a discussion on my FB wall regarding the future prospects and development of the European Union.

One of my friends claims that EU should be only an economic agreement between the states, a free trade area because it will naturally bring development and closeness of nations. 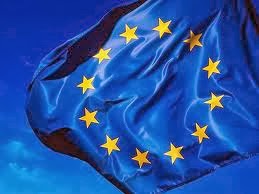 My other friend claims that the EU needs tighter cooperation and better integration.

I am somewhere between them both, I think better cooperation is needed, but I would get rid of cucumber dimension requirements and other bureaucratic stupidity.

Last month brought massive protests against the decision made by the Ukrainian president about not joining Free Trade Area with the EU.

I got involved a lot, mobilized people for support, published columns, tweeted etc.

I have also realised several things, that the EU matters are irrelevant in Asia. I am subscribed to almost every major newspaper or press agency starting from Yonhap News ending with The Times Of India. No news from Europe was ever re-tweeted by these agencies, neither was it of any of interest of my Asian friends.

Although formally plenty of Asian states have their permanent mission in Brussels Asia does not understand the nature of the European Union. When they come here to negotiate or do business they separately speak with each head of the state. They do not exactly get the idea. What is the European Union? A union of states, United States of Europe? Economic Cooperation Zone? It is too difficult for plenty of Asian leaders to grasp meanders of the European decision making. .

There is an embassy of the European Union in Seoul, and a Polish guy is an ambassador. But what does this embassy really do? Do they give visas to all of the Schengen states? Is there a common trade agency?

If these issues are not resolved soon, EU will not get any recognition as a union of the states. It is so far treated a little bit like United Nations. EU talks a lot, but it is still better to speak to German Chancellor to talk business.

At least 10 000 people are likely dead after strongest typhoon since tsunami in 2004 hit the Phillippines.

Here is a list of organizations which are offering aid for survivors:

Typhoon victims: how you can help

If you want to donate goods remember that what is needed primarily is:
- clean bottled drinking non sparkling water - sanitary conditions will be very bad for long time from now on - water sources are  polluted with debris and chemicals
- batteries - normally plenty of electric network is destroyed - batteries will be needed for at least a month in such a case
- canned food with long term usage - this is usually provided by international organizations, but if your local charity collects food - make sure it's long lasting
- UHT milk - it lasts good even with no access to the fridge

Cloths are usually of less need in such disasters, but everything is needed. However remember of the things above because people often donate excessive blankets or cloths but water is missing.

My condolences to the families of survivors.
Posted by Unknown at 11:30 No comments: